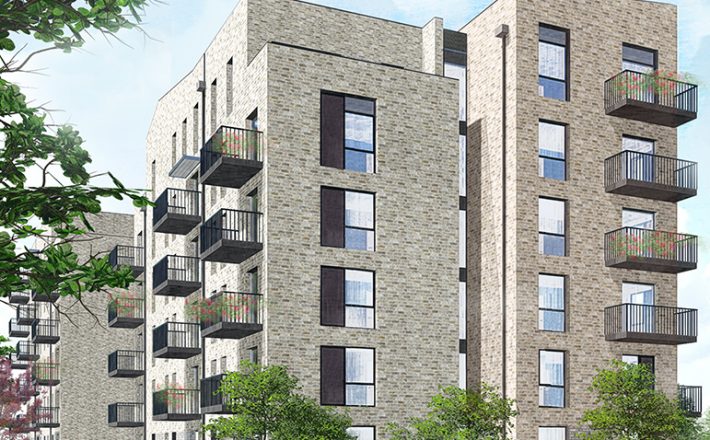 Riverwell is a step in the right direction to regenerate Watford

The Woodlands scheme will deliver modern apartments, with one third designated for affordable housing.

Kier Property Group and Watford Borough Council’s £400m plan has delivered 72,000 sq ft of commercial space and secured planning consent for the first phase of residential development in a seminal moment for the largest regeneration project in the town.

Kier and the council are transforming a large swathe of land to the south of Watford Hospital and Watford FC. In total, 500 homes will be provided across two estates named Woodlands and Waterside alongside business space, a 250-unit care community and a new primary school. Plans for shops, restaurants, supermarkets and a hotel have also been mooted.

The mayor of Watford, Baroness Dorothy Thornhill MBE, believes Riverwell will help create a sense of community in one of the most desirable locations for London commuters as well as delivering on the economic front.

“We have worked hard with Kier to make sure we deliver an attractive, vibrant and high-quality mixed-use scheme that will create a new neighbourhood and community for Watford,” she says. “It will deliver much-needed new homes, including affordable homes, jobs, open space, community facilities and infrastructure such as the new road to Watford General Hospital.”

There has been tangible progress on the site – previously the Watford Health Campus – since outline planning permission was granted in 2014.

The new business park, Trade City, has secured its first tenant – Screwfix. The 72,000 sq ft park, which reached practical completion in August, comprises 12 B1, B2 and B8 units, located off Wiggenhall Road and the new link road Thomas Sawyer Way.

The council and Kier are in discussions with several tenants and hope to have let 50% of the park by the end of the year, according to Mark Gill, head of Lambert Smith Hampton’s St Albans office.

“There are currently a further six units under offer to a mixture of both regional and national occupiers,” he says. “This development provides high-quality industrial stock in an area where demand remains high despite a number of new schemes that have either been recently built or are under construction.”

Progress is being made on the residential component too. In January, work will start on 95 homes on Willow Lane after the council approved the plans in the summer. The scheme, Woodlands, will deliver modern apartments, with one third designated for affordable housing. The project is scheduled for completion in 2020. 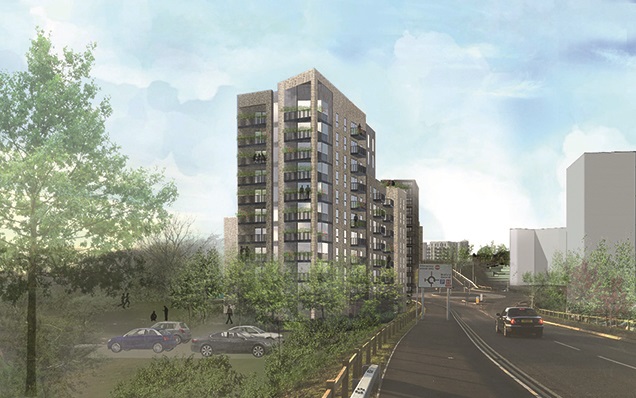 Waterside, along with Woodlands, will provide 500 new homes

“A lot of hard work has gone into the Watford Riverwell project over the past three years by Watford Borough Council and Kier Property, and now we are close to beginning work on the first homes at the development,” says Pip Prongue, managing director (south) for Kier. “These much-needed homes will help to create a new community in this area over the next few years and support the expansion of Watford General Hospital to create new health facilities for the town.

These homes will help to create a new community in this area over the next few years – Pip Prongue, Kier

The development partners are finalising details for the next planning application, which they hope to submit next month, for another 400 new homes and a 250-bed care home. Kier and the council will be working with Mayfield Villages, a specialist elderly care community developer and operator, to deliver the care home.

Baroness Thornhill notes that while “there has been a lot of planning”, the site is taking shape on the back of a close working relationship with the private sector. It has not been all plain sailing, however.

West Hertfordshire Hospitals NHS Trust has recently submitted proposals to radically redevelop the hospital and expects to hear if these have been approved by the end of the year. There are concerns the proposed hospital improvements, which the scheme initially centred on, may get left behind as other aspects of the development come to the fore.

There are also stumbling blocks for the wider Watford area. Doubt has set in as to whether the much-desired extension of the Metropolitan line will go ahead due to funding issues. If delivered it would serve the existing Watford Junction and Watford High Street stations and create two new stations – Cassiobridge and Watford Vicarage Road.

In June, Transport for London announced that there was a £50m funding shortfall and London mayor Sadiq Khan acknowledged that the Department for Transport and partners needed to agree how the additional costs would be met. Discussions are understood to be taking place. 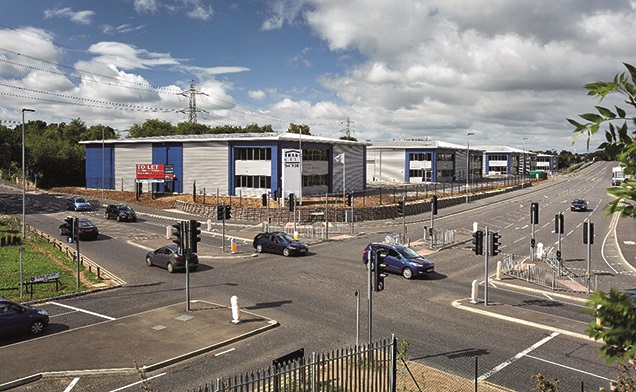 Riverwell is set to deliver a much-needed shot in the arm to Watford’s housing market but Peter Brown, head of business space at Brasier Freeth, believes the £400m development needs infrastructure support.

“The proposed Metropolitan line extension would have a significant, material impact on Watford,” he says. “It is already an attractive location on [London’s] Oyster network. If the Met line extension goes ahead, it will incorporate the town further into the London network.”

If the Met line extension goes ahead, it will incorporate the town further into the London network – Peter Brown, Brasier Freeth

If that happens, it will fuel demand for new quality office space in Watford. Despite the progress made so far at Riverwell, there is a dearth of new commercial-led schemes in the town’s development pipeline. And strikingly, there is not one office-only development proposed for Watford, with pressure already building on stock: 36 Clarendon Road, a 28,000 sq ft speculative office development, has been fully let prior to practical completion.

“Watford council is keen to see development and as such residential-led schemes are taking preference and the best sites,” Brown says. “However, pressure is building on the current office stock, with no new developments on the horizon. If Watford is to be an area where people live and work, the commercial stock needs to grow in conjunction for it to fulfil its potential.”

Riverwell is undoubtedly a step in the right direction as it strives to furnish Watford with homes and facilities to attract new occupiers and create up to 1,300 new jobs. The clean-up of the derelict and contaminated 29-acre site is already a happy by-product. And if all that is planned is delivered, it will be a happier place still for local residents.

Below: how the story appeared in Property Week magazine.